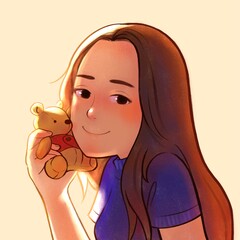 Hello! I'm Erica Lee, a concept artist and illustrator from Los Angeles. I love everything that involves stories and imagination; and, even better, is being involved in the creation and illustration of stories using various mediums. I grew up inspired by Japanese animation, 70's/80's science fiction culture, and high fantasy movies. My passions outside of the art sphere revolve around eating delicious food, singing at karaokes, and playing terribly in FPS games.

I work primarily as a background designer/environment concept artist in game and animation.